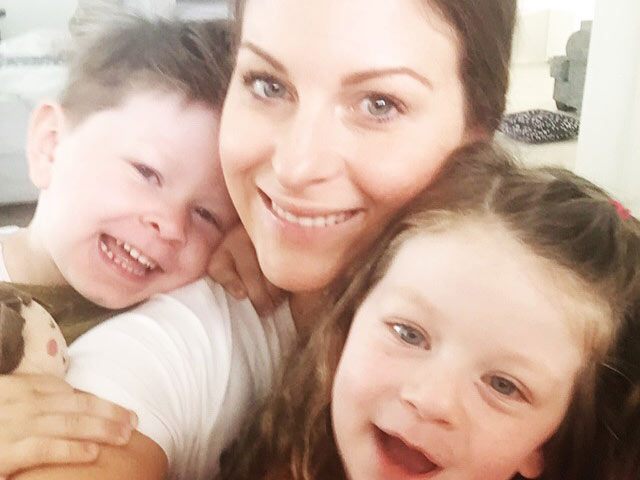 Sometimes it helps to write your own story down – you can see the big picture more clearly. And it helps to be supported by women who understand what you’ve been through.

Writing about my journey has been something I have wanted to do for years so thank you for asking me to write a bit about my journey with endo. It seems to have consumed so much of my life so far so it only seems right that I write down all of what it has taken away from me but also what it has given me. This may be the best therapy I will ever have.

I remember when I was at school and got my period. I remember thinking about how weak I must be compared to everyone else. I remember literally that feeling of the first drip of blood and how instantly my pelvis would go into this intense cramping. I remember I would lay in my side and cycle my legs around on the bed. Round and round as it seemed to help. I remember fainting, I remember vomiting. I remember knowing it was coming, like listening to a storm in the background coming your way. I would feel it coming and that is when I knew I had to take pain relief because if it came and I hadn’t taken it, it was so much worse. Unbearable. I clench my knees together just thinking about it.

I don’t remember talking about it much as I just thought that was normal and I must have a low pain threshold.

I remember going to my specialist because mum didn’t think it was normal. I remember him saying that the only way to check was to have the operation. I didn’t know my grandma had it. After the operation my doctor told me that he had never seen it that bad in anyone my age before (19). He said it was everywhere. Very inflamed and horrible looking. As most people say I was almost relieved that I had the right to acknowledge my pain and I wasn’t a hypochondriac after all. After the fist op I got the details of what endometriosis was but to be honest I still didn’t understand it. I was given the news about not leaving having kids for too long and was sent on my way.

After that I think it was about six months later I was camping with friends. In terrible pain, it honestly felt like I had eaten something bad. It was Easter and we were at Brunswick Heads, everyone was having a great time. I tried to drink and pretend I was fine but I just couldn’t. I started vomiting bile. I was so unwell. I can’t believe I didn’t listen to my body but I didn’t think it would be related to Endo. The ambulance came and I was taken to a nearby hospital. They said I had a stomach bug and sent me back to camp. I slept all night but was so sick when I woke up. I was covered in sweat and was so dizzy and nauseous. I got driven to another hospital where my parents met me and there we found out a cyst had ruptured on my right ovary and attached to my appendix. They operated and removed my appendix and a lot of my ovary.

The next operation was in Melbourne. This time symptoms were much the same. Swelling and IBS symptoms took over my life for a good couple of months before I went in again. I actually had a colonoscopy done first to rule out anything relating to the bowel. This time he said my Endo was not too bad. Adhesions were the main problem this time. He said everything was stuck together and it looked like a big cobweb. He then treated the adhesions with a spray and my whole right side blew up and was like I had an allergic reaction. It was so strange. Also he suspected adenoymyosis. They can’t confirm this until it’s out and sent away but he was pretty sure that was another problem I should be aware of.

After that we decided we would go off the pill and not exactly try to conceive as such because we weren’t really ready for kids but we were happy for things to happen naturally. If it happened we were ok with that too. Trouble was that as soon as I went off the pill I would develop cysts on my ovaries and a lot of times they would rupture and blood would be left sitting in my pelvis. This was so painful. Also another problem of going off the pill was the pain of ovulation. By this stage my period pain was not as bad but the new pain of ovulation was so painful. The last thing I felt like doing was having sex. At 19 being told I may not be able to have kids was definitely something that really played on my mind. I understand the need to tell people that but I think it sent me a bit crazy too. It was a big stress in my life as I was definitely someone who had always wanted children.

A year and a half later I needed another op and we were keen to start IVF as being off the pill was very painful. So we did IVF. It failed. I went on zoladex for four months to try and clear up the Endo that had been produced from the IVF process. This was my third time on zoladex. He had given me the injections for two rounds in previous years. These were horrible. I gained weight, was a moody bitch, dry vagina… all the great stuff. However I must say the pain was a lot better after each round. A round was either three or four injections, one per month.

After the first failed IVF I discussed putting two embryos back in. My doctor doesn’t usually unless you are over 40 but was happy to in my case because of my situation. We then put two frozen embryos in and the scientist told us that we will have twins. We were happy with that because the stress of doing it all again would be gone. We had twins in March 2012. A boy and a girl. So happy, I felt like something had finally gone right for me.

I had a glimmer of hope as a lot of people said after kids your symptoms can be gone or at least decrease. Nope. Having pain when you can just lie there is hard work; having pain when you have to run after two toddlers was indescribable. I was breaking. I felt like I could not handle this pain anymore. I had to rely on my mum. I felt like the worst mum. I was so unhappy and in so much pain.

I walked into my doctors office and before I said anything he looked at me and said “it’s time isn’t it?”. He was talking about hysterectomy. I wanted it then and there. I didn’t know how I was going to do another day without losing my shit. It was taking over my mental health and I was not coping at all. Every movement I made was painful. My left hip was particularly painful. I told him about my hip and the doctor said it wasn’t related.

I had thought so long and hard about a hysterectomy and read all the blogs that had said it might not cure Endo. I had nothing else left to try. My doctor had said in my last operation that to touch my uterus it would just bleed. It was just all so angry looking and red. I wanted it done and I wanted my ovaries out too.

So in October 2014 I had a complete hysterectomy. I was 29 and it was a little bit devastating. After the operation I was fine. It was fine to recover from physically. Doctor reported that the whole pelvis was red, angry and very stuck down. He said removing my ovaries was like chipping away at concrete and something that should have taken ten minutes took an hour. He was very worried about my urethra as that was the area where he had to chip away.

I had read that people often felt a sense of loss after a hysterectomy. I didn’t really understand that as I didn’t want any more children and I don’t really see myself as just a uterus. However I did feel a sense of loss. I felt a grief that I don’t think I realised at the time but I think it was grief of the last 10 years and what I had gone through. It was also anger at my body, anger at people who have a great body that doesn’t give them pain. I felt guilt. Guilt that my husband had married a dud. Married someone that has problem after problem and is terrible at anything in the bedroom because of the pain. Guilt that this is something that I might pass onto my kids. Frustration that people think I am fine because I look fine. Frustration that I was getting fatter by the second and wasn’t able to complete the exercise I wanted to. When you are constantly bombarded by pictures of hot women with slogans sayings “no excuses” bla bla it’s hard not to get down about what your body can do. Or can’t do.

I started HRT straight away. A few months after my hysterectomy I got a blood test as I was crying at the drop of a hat, feeling very emotional and just not quite right. Blood test showed that I had way too much estrogen for somebody with no ovaries. They were a bit baffled and said that perhaps I have a third ovary hidden somewhere!

It’s now 18 months since my hysterectomy. Although a good chunk of that has been without pain I haven’t felt good. My weight gain gets me down a lot. Today my tummy is so swollen I literally look pregnant. My son asked me if I am having a baby this morning. I am back to having so much pain. My thighs are hurting. My hip is so painful again. It hurt to wee in the morning.

I’m going back to my doctor on Thursday. Will find out more then.