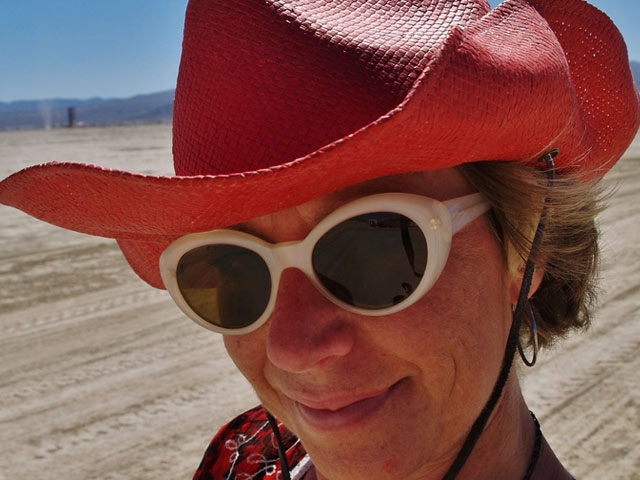 I’m 49 now but I’ve battled with Endo for years. I had ‘suffered in silence’ for years thinking ‘Well, this is something most women have & I shouldn’t complain.’ I’d been admitted to hospital in my 20’s (I turned 49 in August) with non-specific abdominal pain and told by doctors back then that it was ‘mittel-schmertz’ i.e. mid cycle egg release pain. They gave me fluids and an NSAID.

Being a registered nurse in the UK and then mainly in the US, I’d always had pretty good access to healthcare, had a regular GYN yet like so many that care for others I’ve often neglected myself.

I was ‘officially’ diagnosed with stage III endometriosis following a laproscopic tubal ligation in 2005.

After my diagnosis my doctor wanted to start me on Lupron shots and I went home and researched (thanks to the internet!) this medication. I was horrified to read many women’s accounts of the crippling side effects of Lupron. I decided against this treatment and plough on in to more natural & holistic ways, maintaining a healthy diet and best of all…exercise. I would swim everyday, jog, lift weights and play tennis. I avoided medications, especially opiates which aggravate the symptoms of bloating, constipation & irritability (although they do relieve pain when used judiciously).

Following a job relocation to San Francisco in early 2006, my new GYN wanted to place me on Prozac in short bursts to help me with the depression but I was already taking Wellbutrin (an odd antidepressant that increases irritability & caused insomnia and negative thoughts). I knew that a hysterectomy was probably in my near future but I had legitimate concerns regarding any surgery.

I started running a lot. Sometimes 5 miles twice a day and I’d include the Pacific Heights Hill just to increase my work out, plus the view is nothing short of magnificent! I thought I had a handle on things but my mood swings, pelvic pain and agitation worsened. I worked night shift and often kept on going for long periods in a stressful environment on very little sleep.

Then something bizarre happened and I can’t contribute this solely to endometriosis (and then maybe I can): I sought out heroin on the street. I’d found something that totally took the pain away! At least at first, and then amazing quickly I found myself heavily addicted. Jim Carroll (The Basketball Diaries) writes about the ‘flip of a switch’ when this happens in some people and I could absolutely relate. I ‘circled the drain’ on heroin for 2 1/2 years and completely destroyed my career, many relationships and my home life.

Wow…I landed smack dab in the world of homelessness with a massive bump! I felt dazed & wondered ‘How did this happen?’ It became increasingly difficult to access medical care and if I was able to see a doctor, I invariably could not afford the prescriptions. I quit heroin cold turkey in November 2010 yet struggled for a couple more years and did wind up on Methadone which helps pain post addiction but carries the weight of many untoward effects too. My depression, bi-weekly menstrual episodes worsened and I continued to shrug off the God awful symptoms thinking ‘Don’t complain, Helen, there’s always someone far worse off than you!’ I found some help in Nashville at the Mental Health Co-op but all they wanted to do was keep prescribing and increasing doses of anti-depressants.

Then, miraculously, a friend gave me some Gabapentin, a non-narcotic medication that has quite frankly changed my life yet the doctors refused to listen to me and it took me a while to get it prescribed. One doctor even scolded me for taking it!

On Gabapentin, I quit Methadone, all the anti-depressants and moved to Austin, Texas. My pain is considerably eased these days. I worry much less and feel in control of a healthier lifestyle. The state of Texas has a comprehensive medical access program for low income and homeless people, with very little or no co-pay for care & medications.

Next week, I have a surgical/gyn appointment. It has been such a long time coming! Thanks to the people & state of ‪Austin, Texas I’m receiving excellent care even though I’m penniless. And despite lingering concerns about surgery, and possible complications, I’m pretty excited at the possibility of this part of my journey being over. No more to counting on just one hand, the good days I experience once a month!

Better time spent too, with my dedicated and devoted partner, Vernon Rust who through learning, understands how I feel and because of him, I found your organization at Endoactive Aus/NZ.

Here is my blog: helenbirdart.wordpress.com

I am truly blessed! Thx for getting the word out. Strength through understanding.