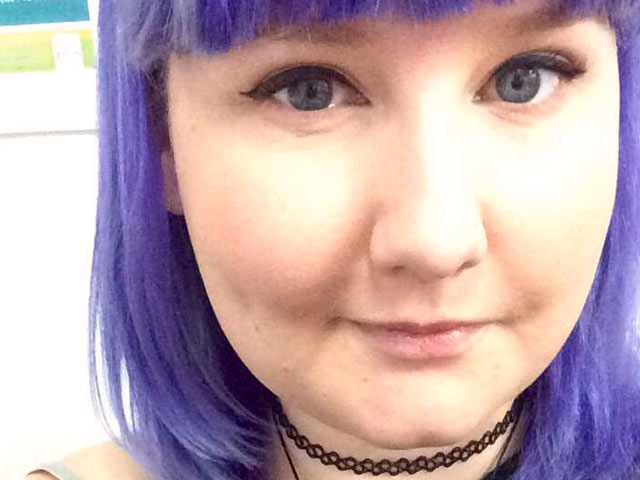 I’m 24 and it has been 15 months since my lap confirming my diagnosis of Endometriosis. When I was 14 years old I began experiencing a sharp pain a little to the right of my belly button that would last for up to 5 days and start roughly 3-4 days before my period. The first time this happened I was kept in hospital overnight while they did a million tests and were certain it was appendicitis – except it wasn’t. They concluded that it was nothing serious and without any diagnosis at all they sent me home.

When I was 16 my periods became extremely heavy, the cramps were so painful they would sometimes make me vomit and I bled from my bowels every month. I saw 2 doctors that gave me the “it’s normal, all women deal with it” speech and made me feel like I was just weak because I couldn’t handle it. For almost 6 years I lived with the pain in complete silence.

When I was 22 the pain near my belly button had ….. evolved. It felt deeper, stuck around longer and started mid cycle instead of at the end. I went to a clinic close to my work (I was very fit and healthy and hadn’t needed a GP since moving to Australia from NZ 4 years prior) the doctor who saw me decided to do every possible test to find the reason for the pain, this led to a Pap smear which came back positive for extreme grade 3 precancerous cells. I was advised that it was not the cause of my pain but it would have to take priority, part of my cervix would need to be removed asap- within the next six weeks – then we can get back to the matter of the pain.

Unfortunately due to an incompetent head gynaecologist at the hospital I had been referred to, the operation was delayed by 6 months. In the meantime, the increasing abdominal pain meant I was unable to fulfil my duties at work and I agreed to step down and take a part time position that was a little under half of what I was previously earning, on the assumption that I would have the operation and get it all sorted out in a couple of months.

When I did finally have the operation they decided to also insert a Mirena to help with my periods. Unfortunately (I know, this word comes up A LOT) after the procedure I found that the pain had tripled- no, quadrupled at least! I couldn’t stand for more than a few minutes at a time. I couldn’t think straight, my entire stomach was swollen and sore yet once again not only did the hospital refuse to see me, they refused to prescribe any pain relief and told me it was simply a minor operation and there is no way I could be in as much pain as I was describing.

4 weeks and 8 doctors later, all with the same opinion, telling me to take some panadeine extra and “walk it off”, I finally found one who immediately checked my cervix, removed the Mirena and started me on antibiotics to clear the infection in my uterus. Within days I was back to normal but I had already lost my job completely, was 2 weeks behind on rent, had bills out the wazoo and the nightmare was just starting.

During this visit, Dr D listened to the symptoms I’d been experiencing for the past 8 years and that was when I learned of endometriosis.

He sent a referral straight away to schedule me for a laparoscopy but due to my financial situation and the public health system in QLD it was another 9 months before I actually had the procedure. Luckily in this time I got a job in an office where I was able to sit down all day which helped with my symptoms considerably.

I started planning for my future again. The doctors at the hospital explained to me that during the lap if they foundd any endo they would take it out and then *poof!* I’ll be all better again! Seriously, that’s what they said accompanied by a bit of “there’s only a 5% chance of the endo growing back”.

After the op I did feel better, maybe it was positive thinking? As soon as the 4 week mark hit I signed back up to the gym and started looking at where I might want to buy a house before I go travelling overseas. At 10 weeks it was all over.

The fatigue hit first. I was sleeping through my alarm and finding it almost impossible to get to the gym; if I did I would be so tired I would be forced to leave work early. Then my period started. Every step I took felt like I was having contractions. My pain was at a constant 8-9 for 3 days straight but it was a type of pain I had never felt before. The hospital gave me one endone and sent me home. That’s when my research started. Since then I looked into all of my options and found the best for me would be to move to Melbourne to be treated by Prof Maher.

Unfortunately I had to leave my job in Brisbane sooner than I wanted to due to my deteriorating health and though I had organised a part time job for when I settled into Melbourne, it soon became clear that due to my severe fatigue and pain it is not a possibility.

And so here we are. My poor mum has been trying to support me from across the country for the past 6 months as I am unable to receive any assistance here. I do aqua physio twice a week, I’ve been attending a pain clinic and working with a sleep specialist to try and manage my fatigue but I’ve got a long way to go and at least 6-8 months before I have my next lap.

Honestly, it’s tough. I’m doing all I can for my physical health but mentally it is so hard not knowing if I can scrape together even the $6.10 for my prescriptions. I hate watching my loved ones go into debt because of me. The few times I’ve asked for help elsewhere I’ve been shot down in the worst ways because of their ignorance about Endo and what it can do.

I need help and I just don’t know where to turn.