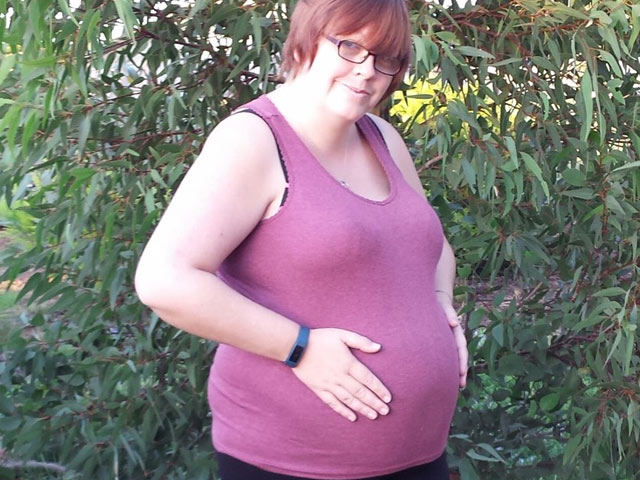 I‘m a 32 year old Mum. Both my 26 year old sister and I have always had painful periods and used many forms of pain medications to control our pain. Endo does run in the family: both my Mum’s Mother (my grandmother) & my Mum’s Sister (my aunty) had it.

Not sure what management was used in my Grandmother’s treatment but I do know that my Aunty has had a hysterectomy after failed attempts at other forms of management. My sister’s pain sometimes gets so bad she has passed out and has had to take time off school or work. We are not sure exactly what causes my sister’s pain but she can manage it with diet and we think she may have issues with things such as gluten and yeast which seem to be the biggest culprits for her pain. I suspect that she may also have issues with Endo. My periods were always very painful and heavy. We thought that was normal.

I fell pregnant with my son (now 9 years old) when I was 22 – it was a difficult pregnancy and birth which took me 6 months to recover from. When my son was two his father and I parted ways.

I was diagnosed with Endo in 2015 after a couple of months of increasing pain around the time I changed the birth control pill I was taking. I had such excruciating pain that my partner took me to hospital to seek help. They gave me strong pain medication and sent me home saying that I should get better within 24 hours. Not to be. My pain continued to get worse over the course of a few months; several trips back to the doctors and stronger pain medication. At one point I was taking 1 x 20/10mg of Targin in the morning and at night, 6 x 5mg of Endone per day and 8 paracetamol tablets per day to try and numb the pain. I was virtually a legalised junkie and I couldn’t drive or work.

My partner would have to help shower me and I would often collapse in pain on the shower floor. I pushed to see specialists and got in surprisingly quickly to a Gynecologist who tried to convince me to try the Mirena first to see if that helped my pain. I said no because we planned to try for a baby at the end of the year and I am not keen on having the Mirena anyway (personal preference). So with a little convincing she agreed that they would do a laparoscopy and investigate the cause of my pain.

About a month later I went under the knife. The operation was a success – what did they find? Yep it was Endo. Only several small patches of it (probably what you would class as stage 1, I suppose) however it was enough to cause excruciating pain. What a relief to have a diagnosis.

After that I continued to take the pill for one more month and then as a couple we made the decision that there was a good chance that my body actually has issues with the pill and I came off it. We thought that due to the trauma my body would not be ready to bear life for several months but we didn’t care if it happened earlier. I had a perfect relatively pain free 28 day cycle after coming off the pill. About a week later the 5th of July 2015 we got married and on the 18th of July I had another relatively pain free cycle. This felt awesome. My operation had been a success and although I still had some pain it was nowhere near as bad.

After we got married I suffered several bad colds and when my next period was due I felt pretty miserable. 28 days came & went. At 35 days into the cycle I was getting pains like I was about to get my period and feeling miserable I went to the doctor who said that I was suffering from a viral thing and bed rest was best. He also promptly sent me off for blood tests to check for pregnancy. I got impatient because I knew I had to wait a day to get the results back from the blood test so I bought myself a home pregnancy test. It came up with two blue lines – a positive – which the doctor confirmed.

I had an Ultrasound at 6 weeks pregnant to ensure that the baby wasn’t growing in one of my tubes; apparently there is an increased risk of this after Endo. It showed that baby was in the right spot. After a bleed scare at 8 weeks and then again at nearly 10 weeks another Ultrasound showed baby was doing just fine and they could find no reason for the bleeds. I have since had 2 more Ultrasounds one at 12 weeks & then the 20 week Morphology Scan which confirmed we were having a girl.

It certainly hasn’t been easy: barely recovering from the laproscopy, falling pregnant, having terrible morning sickness (all day sickness), experiencing extreme baby-brain and fatigue, major mood swings and then being diagnosed with Pelvic Instability at around 12 weeks and experiencing terrible pain through my lower back and hips. I have also copped pre-natal depression. It has been one hell of a year and I am thankful for three things: that my Endo was caught early & treated, that I have a healthy baby girl growing inside me and for my incredibly supportive husband who hasn’t walked away despite all the challenges that we have faced. And one more thing: a great support group in EndoActive.

Thank you for allowing me to share my story.

UPDATE: My husband and I delivered a healthy baby girl at 37 weeks & 3 days gestation on the first week of April 2016 via a planned C Section. Her name is Franca she weighed 3.63kgs (8 pounds) & was 50cms long. After my Endo complications last year I suffered terribly throughout my pregnancy & threatened pre-term labour at 30 weeks. Turns out that I have an Irritable Uterus so was put on medication and requested a C Section. We are home now and on the mend. Lori-Anne