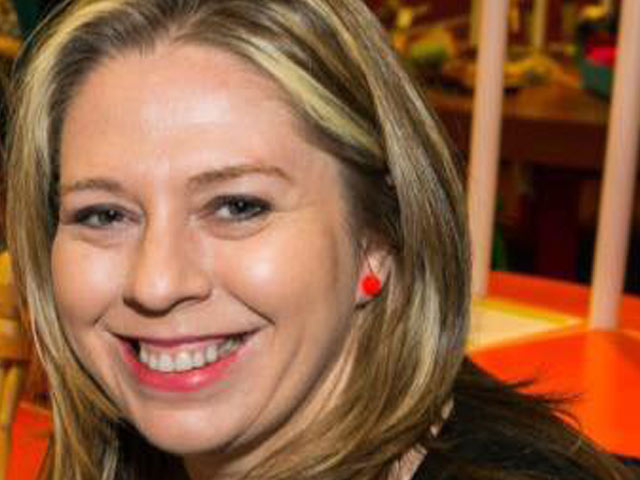 I’ve had 2 surgeries this year. I saw my first ever gyno in January this year. I opted for one that I could get into rather than the long wait to see Dr Evans. I’d already had vaginal ultrasounds (2 prior to seeing the gyno). Nothing remarkable was shown – lots of follicles in ovaries. At the time I’d gone back on to Qlaira after seeing GP#1 and trying implanon, Zoelly, Qlaira earlier in the year. Mostly I was trying to manage migraines, ovulation pain and general yuckyness when I would get my period. However, I still got migraines with the OCPs and Implanon made me feel like crap.

I told GP#2, who specialises in women’s health that the headaches on Qlaira and Zoelly felt hormonal and she said they can’t be you’re on the pill. So the gyno suggested I have a D&C and get a Mirena. I thought ok lets do this . She didn’t think a Lap was necessary despite the pain I had explained to her. I also said I’d read a bit about diet and she just laughed and said diet wont fix Endo.

So I thought ok I’ll stop trying to eat healthy and eat what I like since the gyno said it doesn’t relate. This gyno said Qlaira is no good for me and put me on Levelen before putting the Mirena in. I was supposed to be off work just a couple days in Feb after the procedure – I was out for nearly 2 weeks! I felt like crap and had bad headaches.

My mental function deteriorated and my memory was bad. I decided to take control and had it removed. That was hell in itself because try and get one removed on a Saturday in Adelaide is no small exercise. I rang a private clinic on Friday night and they said they couldn’t do and to go to Women’s and Children’s hospital. I rang the WCH and they said just come in first thing in the morning. I didn’t think to ring my Gyno because I didn’t want to be talked out of it or be made to feel it wasn’t my decision and I wanted it done right away.

So it took 6hrs to get the thing out at WCH. There was just me and one other in the waiting room.. then I had to see a nurse then student doctors. This student dr couldn’t get it out, then he got a midwife to try, she couldn’t get it out and then finally the Dr on the wards came down and got it out. Talk about painful! They also seemed more worried about the Gyno being angry at them for removing it. I felt like crap and so angry. Had driven myself there thinking this will be simple in and out procedure. I was so wrecked by the time they got it out that I couldn’t even use the vending machine and someone was so kind to put $ in for me. Amazing how such a gesture can lift you after terrible experience.

So then it was back to my GP (well this is GP # 3) who’d arranged the ultrasounds and suggested I see a Gyno. I was experiencing terrible pains, looking very sick. At my worst (and even before the first surgery), I was taking temazepan (very low dose and infrequent) when the pain was really bad so I could sleep. I wasn’t on any OCP and feeling like crap. The GP offered me no help. She said she I was very complex and she was sorry there was nothing she could do for me and asked me “have you read this book on pain?”. I wanted to hit her in the head with that book.

Later that day I still felt so sick I rang the a/h of the gyno I’d seen in Feb and was in tears. In the end she agreed to do a laparoscopy which I waited 4 weeks for. During the 4weeks I was in pain sitting at work (thankfully I only work 3 days week in an office and the other days I’m home in my studio painting or resting). I had an understanding employer so that helped and a team of women at work that supported me.

The night before my surgery was horrific – the bowel prep and I had a PMT migraine. I rang the hospital to find out what drugs I could take – I think I took ½ temazepan. My surgery was delayed because I was so dehydrated and my head still hurt. The pre op nurse gave me Panadol. Then the anaesthetist saw me and said oh you could’ve had panadeine.

They put me on a drip before doing the surgery. I had the lap in June and yes lo and behold got a phone call the next day in hospital from the Gyno (she didn’t come see me) to say yes you had mild endo and she removed it. It wasn’t until my follow up appt a few weeks later she gave me the photos and said oh yes and you had tubal adhesion on one side and tubal cyst on the other side. She was quite dismissive of them and said you’ve probably had one of those since birth. And that was it… I was off on my own…. Nothing to manage future periods and no explanation that Endo can come back!

Recovery from the lap was hard and slow and most people just expected me to be all better. And I think I expected it too. To be honest since having the surgery the pain is pretty much gone. But having a period knocks me about. I think I tried to go on minipill after but didn’t agree with me. I tried to go back on Qlaira last week and gave me headaches and I felt angry/grumpy. I’m very sensitive to drugs. Unfortunately I came off and then got a period in a couple days and then a virus that knocked me about this week which meant two periods in a couple weeks.

I wasn’t satisfied with leaving things as they were after the surgery. I was under quite a bit of stress in the job I was in and have since moved jobs. The same time I started to see a new Dr in a new practice in August. He ran tests that other Drs hadn’t and stressed to me the importance of some of the results I had – No Progesterone, Iron deficient, Vit D deficient, B12 deficient, low DHEA. This is when I started on the Vitamin D, Liquid Iron, Profeme, DHEA.

I’ve had a number of follow ups with him since just trying to get levels right. My iron had gone down not up so that’s still a mystery. We also then got the results of the MTHR test which showed I had an AMH level of 58.6 indicating possibility of PCOS. For years I’ve had elevated liver enzymes but I don’t drink heavily. I saw a liver specialist 5yrs ago who said its fatty liver. I’ve since read there is connection with PCOS and Fatty Liver.

One thing I’ll add is that I started doing Pilates this year and its helped on a number of levels. When I was struggling the most I was using an app called Headspace for nightly meditation. And at least now when I get my period I don’t have heart palpitations – I still have lots of other horrible side effects like headaches, diarrhea, nausea, bloating, cramping.

(The attached photo was taken at an exhibition opening a couple weeks ago – I was having my period and felt like throwing up. Seeing the photo I couldn’t believe how well I looked on the outside knowing how horrible I felt on the inside! No wonder people without endo don’t get it.)

Over the past week I watched the EndoActive conference dvds “Shared Perspectives on Endometriosis”. Very powerful information and to be honest more useful than the Drs I’ve seen to date. To not feel alone and to be empowered with information is an amazing gift you’ve given so many women. A MASSIVE THANK YOU! Also I have to say I cried through the personal stories – especially yours Syl as you get it!