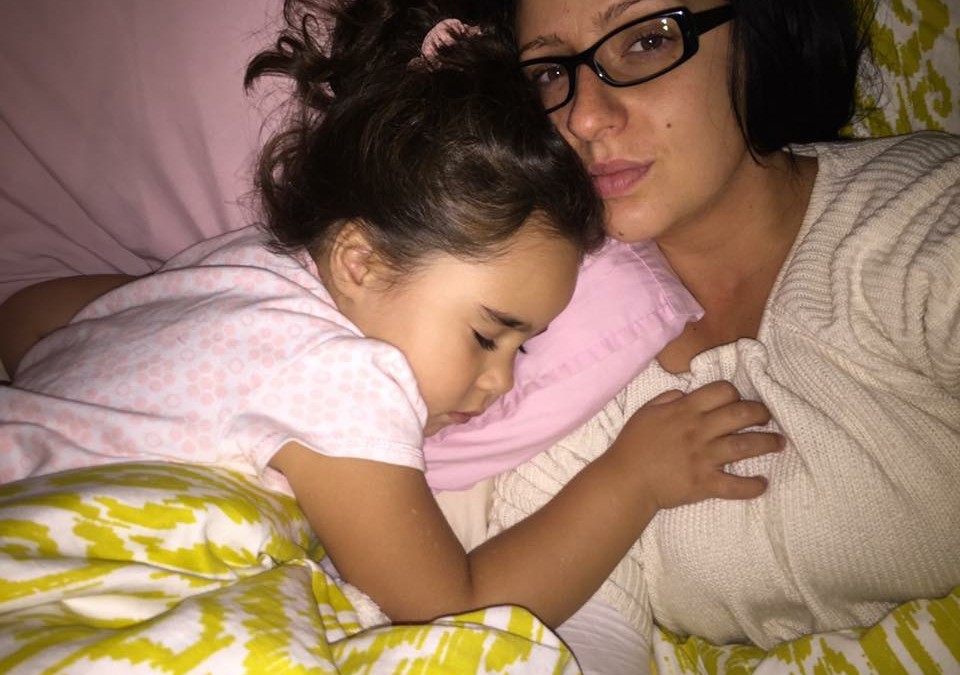 I wanted to share my endo story. I don’t have any friends with it or anyone who understands. I got my period at 11, and bled 7 days straight. I was diagnosed with “precocious puberty”. I had injections once a month every month to slow down my puberty. But it didn’t help the bleeding or pain which lasted well into my teens.

I was in year 10 and I was 15. I remember clearly being in class and falling onto the floor in agony. I was so embarrassed and in the most horrific pain. The school called my mother and I went home. She was quite frustrated with me and we just put it down to bad periods.

At 18 they gave me an implanon in my arm and I bled for 6 months straight! Many of my clothes from that time I had to throw out they were stained so often. My favourite pair of grey jeans were simply ruined. I was so sick but it wasn’t until I was 19 and visiting Perth that I had my first lap.

They found endometriosis! Finally an answer! But nothing changed. The pain and heavy bleeding for days didn’t stop. At 22, the pain was unbearable. My periods were 8 days straight. Such heavy bleeding that I’d go through packets of tampons and pads. I’d leak every night. Luckily I was still able to work and the company was very understanding with my need to take sick leave.

In the end I had to move back home with my parents in Brisbane. My GP referred me to another gyno and I had another 2 laps only 12 months apart.

In the second one they found Endo covering my bladder, ovaries and my appendix was covered completely. Also I had appendicitis but hadn’t even felt the symptoms because my Endo was so bad. My sugeon did all he could. He removed my appendix and he told me “Jess, your endometriosis is bad. You might not be able to have children. So don’t wait!!” When we left his office my Mum apologized as she hadn’t realized all those years how bad it had been for me.

I became very depressed then because I didn’t even have a partner and I was supposed to have a baby asap. However I did meet someone and as I wasn’t on the pill I got pregnant. The relationship eventually broke down. My family was very supportive and Mum and my auntie were there at the birth of my beautiful daughter a few months later. But 12 months after that my endo was back!! Again I was in so much pain and those dreaded periods! There was nothing that helped.

I had a new partner by now and we decided to try for another baby. I was lucky – I fell pregnant. At my 3 month scan they noted a cyst on my right ovary. By 32 weeks, I couldn’t walk, I couldn’t sit down, the pain was so bad, I fell to the floor crying and couldn’t get up! I was rushed to hospital, they did an ultra sound to find a 7cm cyst twisting my ovary and cutting off blood supply. It’s called taunting.

I was prepared for surgery and given four rounds of steroids in case my baby was born while I was in surgery. I was taken into theatre so scared for my baby and for the operation and what they would find! When I woke up I was in labour! I had 22 stitches down my stomach and I was contracting. The pain was worse than anything I’ve ever experienced in my life! I yelled at the nurse: I’m contracting! They raced me into the birthing suite and all I can remember as I was so groggy from just coming out of surgery was wanting my mum and my fiancé!

There were 5 doctors and nurses trying to stop the labour, monitor the baby and make sure I was ok. They gave me medication through my drip to stop the contractions and calm the baby and me. I was kept in the birthing suite overnight with a midwife on watch 24hrs with me in the room. I couldn’t believe what just happened!

The doctors finally got to tell me what they found. They had to cut down my stomach as they couldn’t get the cyst. I had a laparotomy at 32 weeks pregnant. They found a 7cm cyst, an endometrioma. I was lucky to go on to have a healthy baby girl eight weeks later at full term.

2015: 27 years old and the pain is still no better. My periods are the same, 8 days long, huge clots. I’m anaemic because I bleed so much and I take daily iron tablets. I get low blood pressure and dizzy when I have a period.

I fell pregnant again in November 2015. I was shocked and knew something wasn’t right. I had several scans and the baby wasn’t growing and I had a 3cm cyst. By 8 weeks the baby had no heart beat. It was still the size of a five week foetus. So I prepared for a D&C. The cyst was now 3.6 cm. I had the D&C and went home to rest. By Monday I was in horrible pain, I was sweating and felt really sick. I tried to ignore it as it was Christmas week, my children and family needed me.

The next day, two days before Xmas, I sat on the couch after feeding my children and had a sudden pain so bad I stood up and blood gushed down my legs! And mango sized clots. My children were screaming I started to feel faint. I rang my cousin to come help me. At hospital they took me straight in for ultra sound and blood. I was losing so much they put me on a drip and antibiotics and prepared me for surgery. Apparently the D&C the week before had been incomplete and I had an infection.

I prayed. I was so scared and in so much pain. They gave me morphine. Another surgery, another lap and hysteroscopy. They found a punctured uterus from the botched D&C, as well as endometriosis covering my uterus, fallopian tube and ovary. An endometrioma cyst burst that morning. I was now diagnosed with stage four Endometriosis. They could barely get into my stomach to perform the surgery due to all the scar tissue from previous ops.

Now I have a blood test every two months to check my anaemia. I suffer from horrific pain every month. There is nothing they can do for me now unless I have more surgeries.

I can’t do this any more. No one understands the pain, the tiredness, the struggle!! I know when I’m ovulating because the pain is so bad it pierces my stomach and down into my legs. I find it hard to be a mum to my young daughters (2 and 4) when I’m hurting so bad inside. But I have to be strong, they need me! I pray that I can have one more child, then after that I will consider a hysterectomy for my own health.

I hope one day they find a cure, for all us sufferers.