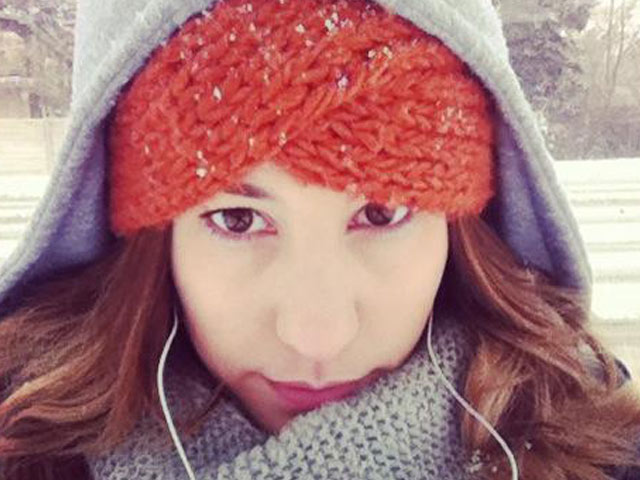 Hi Ladies, I follow this Facebook page and Syl’s blog and I remember last year reading an article about how Syl went to a family wedding and her Mum had to pick her up off the floor in the bathroom. It resonated with me because it reminded me a lot of myself and my Mum. Since then I have kept up with Syl’s story over social media and the news and have always thought about how awesome it is that she has spoken so publicly about Endometriosis and what a huge support system her Mum is. So I thought I would share my story.

I’m 27 (turning 28 soon). Ever since I can remember I have known what Endometriosis was. My Mum had Endometriosis (she had a hysterectomy when she was 42) and I remember that when I was a little girl she was very open with me and my sister about it and we both knew that it was hereditary. I kind of accepted the fact that I would probably have it when I got older but I brushed it off thinking it only meant I would have more painful periods than most girls.

From the age of thirteen my periods were really painful but I still went to school and went on with daily life because Mum had set such a great example and I thought it must not have been so bad since she never really complained about it. It wasn’t until I was twenty that I noticed my pain becoming severe. I remember once being in the kitchen and collapsing on the tile floor partly because of the crippling pain, partly because I was going to faint and vomit. I was calling out to Mum who was in the other room and she didn’t hear me. I remember she walked into the kitchen and had to pick me up off the floor. That’s when it set in that Endometriosis was a serious illness and it was going to affect me for the rest of my life.

I decided to see a new doctor after the incident. I’d had years of hearing “you’ll be fine just take some Nurofen”. I stopped having periods and put on a ton of weight. After some testing I found out I had PCOS and that I most likely had Endometriosis but I couldn’t be given a definite answer until I had a laparoscopy. I remember telling Mum and the look of guilt in her eyes killed me, it was as though she thought it was all her fault. I hid a lot of my symptoms and suffering from her after that because I didn’t want her beating herself up over a disease nobody has any control over.

When I was twenty four I had a Laparoscopy, Hysteroscopy, D+C. I didn’t have private health care. I was living in constant pain; lower back ache, heavy aching in my uterus, extreme tiredness and sex so painful that I would cry into my pillow afterwards so that my boyfriend didn’t know how much it hurt. My parents helped me pay for my surgery which was over $6,000 and I’m still paying off the debt I owe them. I feel guilt over it most days.

I often heard from doctors that I should start trying to have babies as soon as possible and that after the age of 28 it was very unlikely I would be able to have children. My 28th birthday is less than a month away now and I know I’m not financially secure or mature enough to have children. I’ve been with my amazing boyfriend for 6 months.

I know that he isn’t bothered about children right now but it’s always in the back of my mind that one day he will want them and I won’t be able to give them to him and that he will leave me. I’m worried I won’t ever find someone who wants to be with a woman who is “barren”. I also feel guilty that I will probably never give my parents any grandchildren. But most of all I feel guilty that deep down I’m not sure if I even want children and that this makes me less of a woman.

To top off this guilt in the last six months I’ve noticed my daily symptoms returning in full force. Yesterday I had to take my first day off work because of Endo since I had my first operation three years ago. I wasn’t on my period it was just a normal day mid cycle but the pain in my back and uterus was so bad I couldn’t stand up.

Now I’m in constant pain; my back aches, my uterus hurts and I’m so, so tired. This is what I live with everyday not just when I have my period. I don’t bother telling people I have Endo anymore or trying to explain to them what it is because I can’t be bothered with their stupid replies or the lack of interest in their face. I know people don’t think it’s a real disease and that I’m just a whinger who just can’t handle period cramps.

I mostly just want to say thank you because reading your posts have helped me so much. When I asked for a support group in Canada Lesley and Syl were so quick to reply, I almost cried they were both so kind. I’m going to my first support group meeting this week and I’m really excited!

Endometriosis isn’t curable and I know it will only get worse as I get older but knowing that I have some support and that there are other women going through the same thing really helps.