Power of the patient – that’s YOU! 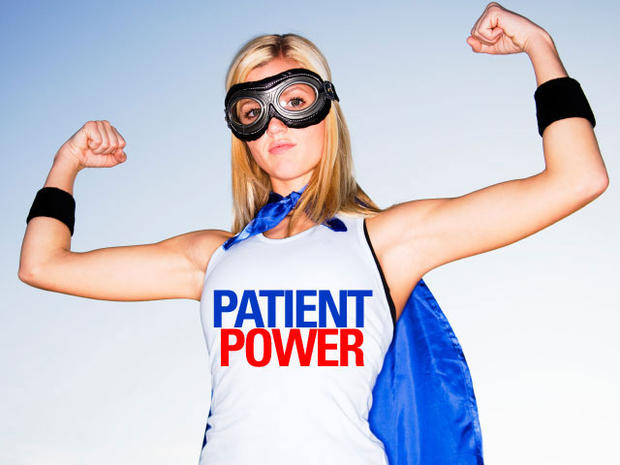 Sometimes when I think about the broader issue of Endometriosis, I feel completely overwhelmed by what we’re up against. I often sit and think about the magnitude of Endometriosis. I think about the attitudes the entire world has toward periods, women’s health issues and women’s pain – attitudes that are so deeply ingrained in our various cultures that changing them seems nearly impossible.
I worry that all over the world women and girls are being told by their doctors to get pregnant or have a hysterectomy in order to “cure” their disease, that periods are taboo in nearly every single culture and society in the world, that so many of us are taught to be ashamed of menstruation, that we are told we’re ‘weak’ or ‘not good enough’ if we’re in such pain that we can’t cope, that Endometriosis is not part of our school curriculum, that Endo simply isn’t taken seriously by society and unfortunately by a large portion of the medical community, that girls are having multiple surgeries and being turned away at Emergency rooms and having their organs removed – all of which only exacerbates the problems of physical pain and emotional vulnerability, that in order to change things, we have to educate EVERYONE – male and female, young and old, medical professionals and health consumers.
Sometimes when I think of all these enormous mountains to climb, I just don’t know where to start. I feel helpless. After all, I am only one person – how can I possibly change these things?
But then I remember that it is possible for one person to create change. I think of all that EndoActive has accomplished in our short time here – less than 2 years. How did we do it? We have achieved some seemingly impossible things through sheer determination and belief in what we are campaigning for.
We did it with one person in the beginning – my Mum and Co-founder, Lesley. She decided to make some noise and force people to sit up and listen. I soon joined her. I was a sick, jobless 23 year old living in chronic pain. I didn’t have much going for me other than my growing determination to let everyone know about a disease that was ruining my life, called Endometriosis. We didn’t even think of the road blocks or mountains or chasms, we just went full steam ahead, thinking only of our goal: to GET ENDO OUT THERE! And that is how we got to where we are today.
There is so much work ahead of us and it can seem impossibly difficult but damn, we’ve come a long way. To believe in your capacity to make change means you have to work incredibly hard at being positive. Thinking “it’s all too hard” or “what’s the point” instantly drains your energy and sets you veering off course. We experience this regularly but what puts us back on track is reading the stories of women and girls who write to us. We have made it our mission to give those women a voice and speak up on their behalf. It’s simply too important.
We are now living in an age where patients are re-claiming their power. Particularly in the field of digital health, people are realising that patients are a wealth of knowledge and that we are experts in our own right. We can empower ourselves by learning as much as we possibly can and deciding that we want to be taken seriously. We can empower others by standing up for them. We can demand to be heard. We can communicate our message to hundreds, thousands, millions of others all over the world in an instant and begin a social movement. How? Through a little thing social media.
EndoActive would likely not exist without social media. It’s been an incredibly powerful tool allowing us to talk directly to patients, healthcare professionals, decision makers and everyone else. Social media isn’t going anywhere. In fact, it’s only getting bigger. So too is digital health and the push for patients to have direct contact with their doctors and health team online.
Before social media our concerns, opinions and ideas expressed in conversation were limited in how far they could be spread. Now, I can write an essay that will be seen by over 50,000 on EndoActive’s facebook page in the morning, picked up by Australian media outlets in the afternoon and re-published internationally that evening. My voice – as a patient and as a patient advocate – will be heard. People are sitting up and taking notice.
Patients are forming our own online communities to support each other and brainstorm ways of changing our health outcomes. Patients who have realised the inequities and gaps in the healthcare system are becoming entrepreneurs in digital health, knowledge distributors and major influencers due to their passion and expertise. It is patients who are now setting the agenda and deciding what needs more attention and what changes need to be made.
For me, empowering myself as a patient helped to decrease my pain until eventually, I was pain free. Now, I have the strength, the knowledge and the powers to advocate for others. Do not think for a second that as a patient, you’re powerless. Patient power is increasing. Become an expert at your illness and empower yourself with knowledge. It will not only give you the tools to advocate for yourself but can have a profound effect on your mental and physical health.
Syl Freedman, Co-founder EndoActive