Cosmo: Why Are So Many Doctors Misdiagnosing Endometriosis? 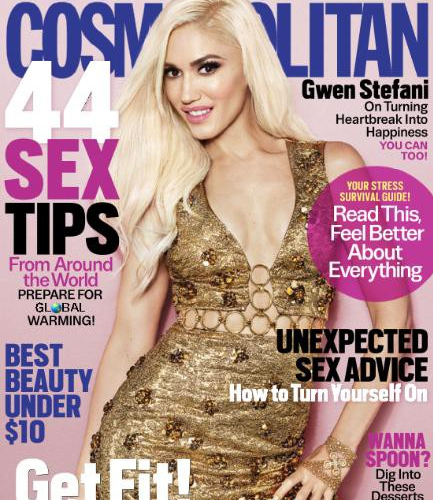 Hey EndoActivists,
Every year, millions of women with endometriosis are misdiagnosed.
Their pain is often dismissed or labeled as IBS, anxiety or hypochondria.
We know this is true because so many of these women (you guys!) write to us and tell us their stories. It happens every single day.
But why?
How is it that a disease which was identified as a major health issue back in the 1700s continues to be treated as if it’s some type of medical mystery?
Huge thank you to Cosmo for featuring this article and giving women with endometriosis a platform to be heard.
This is an eye-opening article that needed to be written!
Syl x x

This article re-published from cosmopolitan.com

Every year, millions of American women are told that they have IBS, ovarian cysts, or dismissively, hypochondria. But they don’t.

Endometriosis: You may have heard the word, but do you really know what it is? Many women don’t until they find out they have it … which would make sense if it weren’t so common. One in 10 girls and women suffer from the disease, according to the Endometriosis Foundation of America — Lena Dunham, Padma Lakshmi, and Daisy Ridley among them.

Normally, hormones spur the uterus lining to build up, then shed (that’s your period). In a woman with endo, cells that are uterus lining-esque but live outside it grow in response to these hormones too. The cells “get thicker and thicker, but there’s nowhere for them to go,” explains Iris Kerin Orbuch, MD, the director of the Advanced Gynecologic Laparoscopy Center in NYC. The result: intense pain, caused by both inflammation and because cells can distort anatomy and pull on organs.

This pain can go untreated for years, an issue highlighted in a new documentary Endo What? Symptoms are all over the map — cramps, fatigue, painful sex, infertility, even trouble breathing. That, plus the fact that endo cells aren’t picked up by medical imaging “makes it very difficult to diagnose,” says Dr. Orbuch. Women go a median of 8 1/2 years between symptom onset and diagnosis, per the American Society for Reproductive Medicine. These women were told they had digestive or mental issues and more … but actually, they had endometriosis. 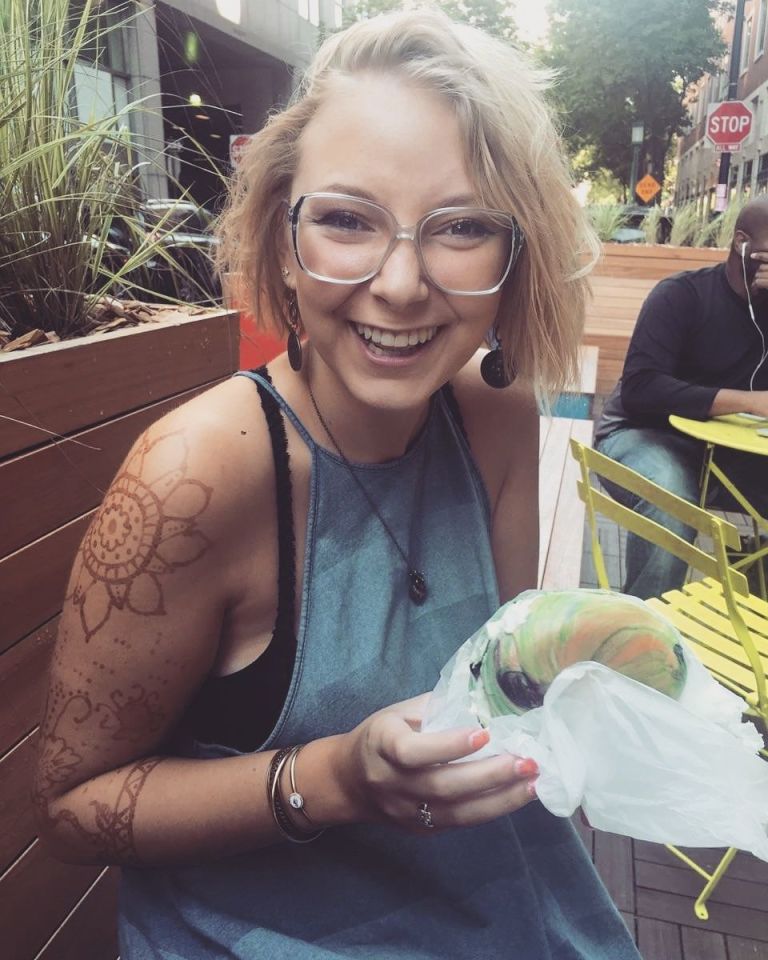 “They said I had a ruptured cyst…”

“I went on the pill for irregular periods when I was in seventh grade. My period could be really frequent or super heavy, but it was always painful. Tampons hurt. One day junior year, I passed out from the pain. A gynecologist told me ‘a cyst ruptured’ and gave me pain meds. Things didn’t get better. I was confused and angry. The ob-gyn just changed my birth-control prescription. I thought, She’s a doctor. She knows what she’s talking about.

During my freshman year at NYU, I was having trouble walking — I needed a cane! It felt like after an abs workout, when you’re so sore, you can’t straighten out. That semester, I filtered through my friends, weeding out the ones who rolled their eyes and said, ‘We all cramp during our period.’

Eventually, I went to the health center. Not for anything period-related, but because acidic foods made me vomit. The doctor thought it was odd that I could eat provolone cheese but not pepper jack and sent me to an internist. He said, ‘This sounds like interstitial cystitis [IC],’ which is a bladder issue, and asked about my health background.

I got so lucky: He sent me to his sister-in-law, who happens to be an endometriosis specialist. Often they run hand in hand, IC and endo. She did surgery and took 14 specimens from my bladder and removed my appendix. It was completely covered.

There’s still a spot of endo on one ovary that she left behind to preserve my fertility, but I’m at, like, 5 to 15 percent of the pain I had before. I haven’t had to miss school or use a cane. My periods are two days long. It’s a 180.” 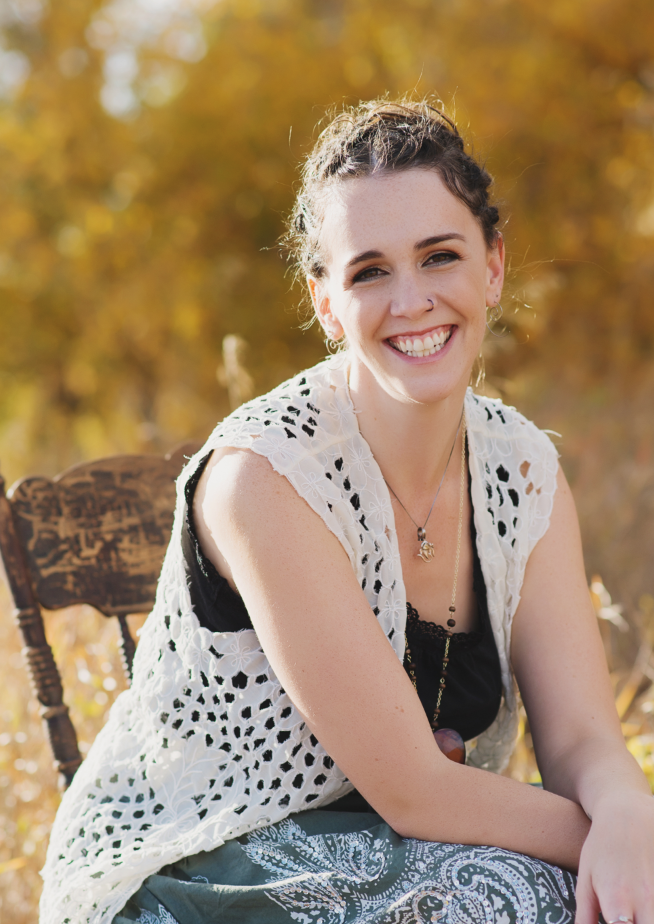 “They said I had irritable bowel syndrome…”

“My periods were awful — bleeding three weeks of the month. I wore a tampon and two overnight pads at once. At 13, I went to my family doctor, who said it would work itself out. Some months, the pain landed me in the ER. I got X-rays, ultrasounds, and CT scans. I was told it was gas, that I was a hypochondriac.

I went through four or five doctors before one finally said, ‘I don’t know what’s wrong, but we will try to figure it out.’ I was having heartburn and indigestion too, so she looked into gastrointestinal diseases: Crohn’s, colitis, celiac, food allergies. I have family with GI issues, so it made sense. There was no hard evidence of any disease, so the doctor said, ‘IBS? Sure. Why not?’ It’s hard to say you don’t have IBS.

I went gluten-free, dairy-free, casein-free, soy-free. But the pain — it was the pain. When I pooped, it felt like my insides were being torn out. Urinating was painful; sex was painful. I couldn’t settle for IBS. A gyno finally brought up endometriosis. Surgeons found it on my stomach and cauterized it. But it’s like a wart: If you don’t get the root, it grows back.

In the four years since, I’ve had five surgeries — including one after being rushed to the ER while on vacation in Paris. I’ve had my appendix removed, both ovaries, and part of my bowel. Still, I have a good life. My husband and I recently bought a house, and I started an endo support group. I have a lot of crap going on, but who doesn’t? My crap is just different.” 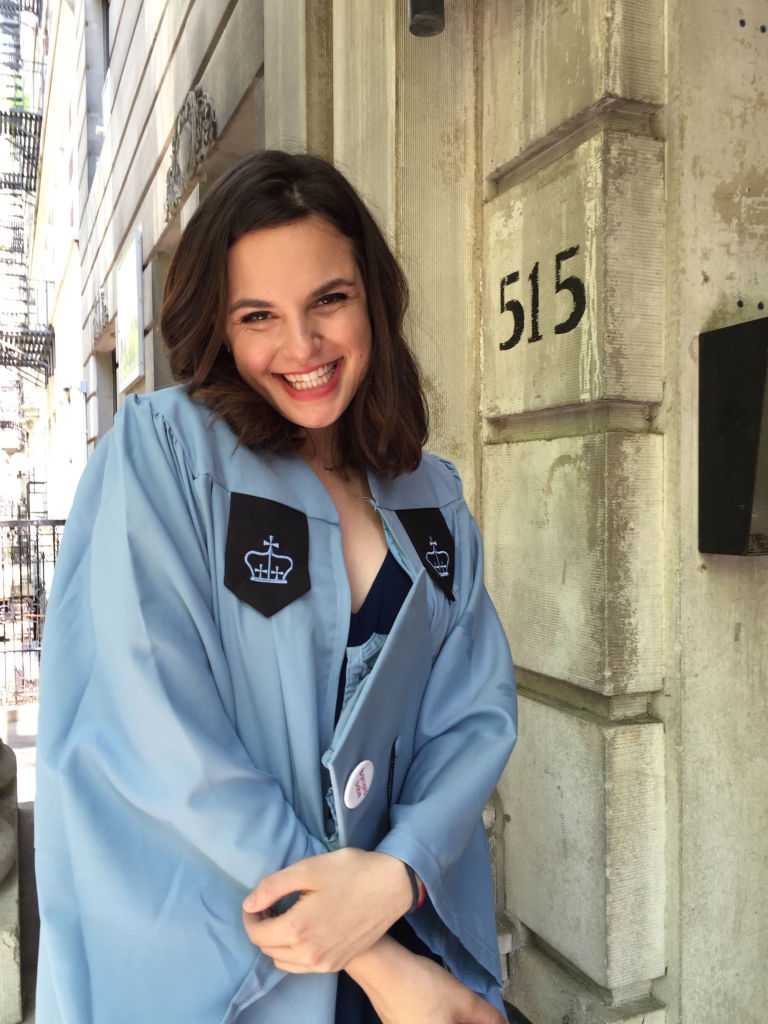 “They said I had anxiety…”

“My first period lasted 14 days. It felt as if someone was wringing me out like a towel. My pediatrician said basically, ‘Oh, you have bad periods. Sucks!’

I also got stomachaches — intense, throbbing pain — when I was nervous. One psychiatrist said, ‘You have anxiety problems,’ gave me Xanax, and sent me on my way. Everyone thought I was being hysterical. When my ex got his wisdom teeth out, it was the end of his world. I thought, If you only knew what I go through when I get my period.

By college, I was on antidepressants too. During my period, I didn’t want to function. Doctors insisted that if I tapered my anxiety, all this would go away. It didn’t.

I described my issues to a campus nurse who said, ‘That’s not normal.’ I was so relieved. People want to hear that what they’re experiencing is normal. All I wanted to hear was ‘You need help.’ She referred me to an endometriosis doc — I’d never heard the word.

Until all my endo can be removed, I’m on a plant-based diet to curb inflammation. It makes me feel like this L.A. queen. Dating’s hard when you’re like, ‘I can’t eat any of this.’ My periods still worsen my anxiety, not the other way around.” 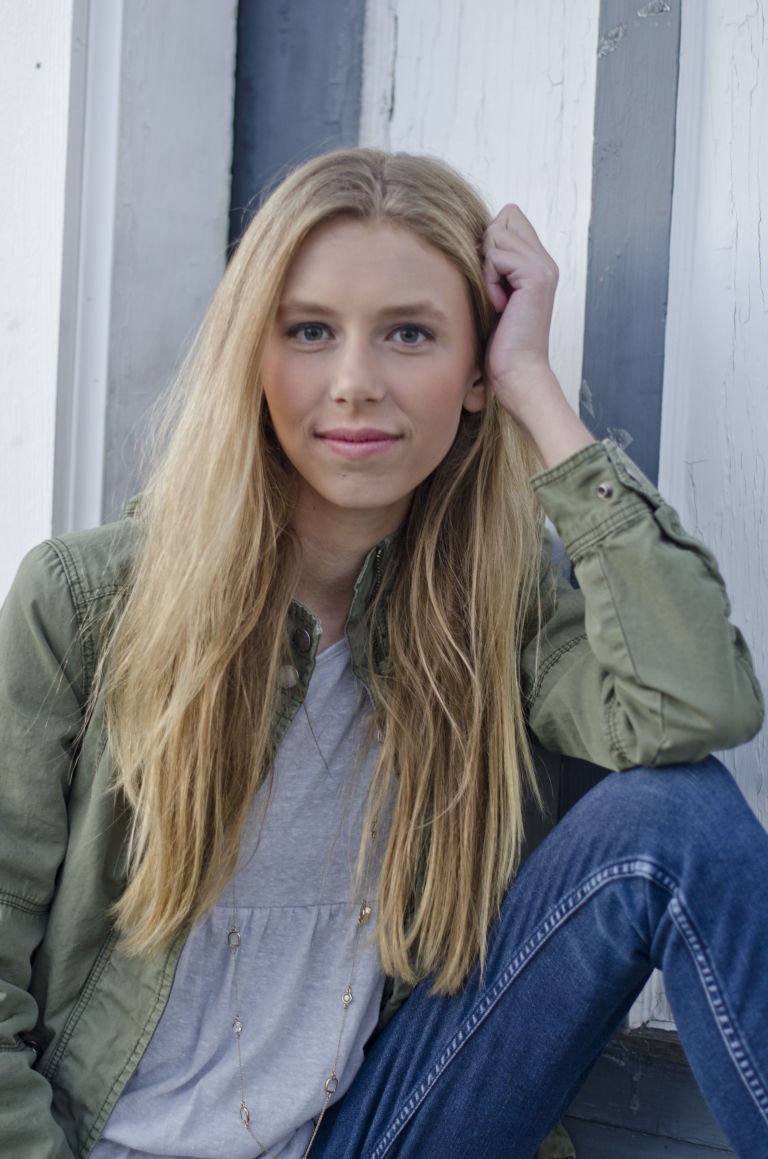 “They said I had functional pain syndrome…”

“I remember the day my pain started because it made me miss a Taylor Swift concert. She started to sing ‘You Belong With Me,’ but I couldn’t get out of my seat. It felt like a knife was twisting in my gut. Around the same time, I became super sensitive to food. I went off gluten, dairy, and sugar, but foods without any of that would still make me nauseous and bloated. There were about five foods I could eat.

I started going to the doctor every week or two for tests: blood tests, stool tests, an upper endoscopy, a colonoscopy … nothing came up positive. One GI specialist said it sounded like IBS and prescribed me Miralax. Another diagnosed me with functional pain and told me that I needed to stop being so dramatic. That was a stake in my heart. Oh my gosh, he thinks I’m making it up!

On a phone consultation with a pain therapist, she asked things no one else had: Are your periods irregular? Is your pain worse then? I had never mentioned any of that to the other doctors because I thought my problems were digestive. She said, ‘This sounds a lot like endometriosis.’

I’ve had three surgeries since then. The first, laparoscopy in October 2011, found that endometriosis had attached my left ovary to my pelvic wall. The next, a year later, found it near my belly button. My last surgery was a few months ago, an excision surgery. I can’t expect to feel perfect yet because I’m still healing, but I am better. I can start reintroducing foods soon. I’ve talked to other women who had excision, and they said they can eat anything that’s gluten- and dairy-free. I will take that! I will totally take that. 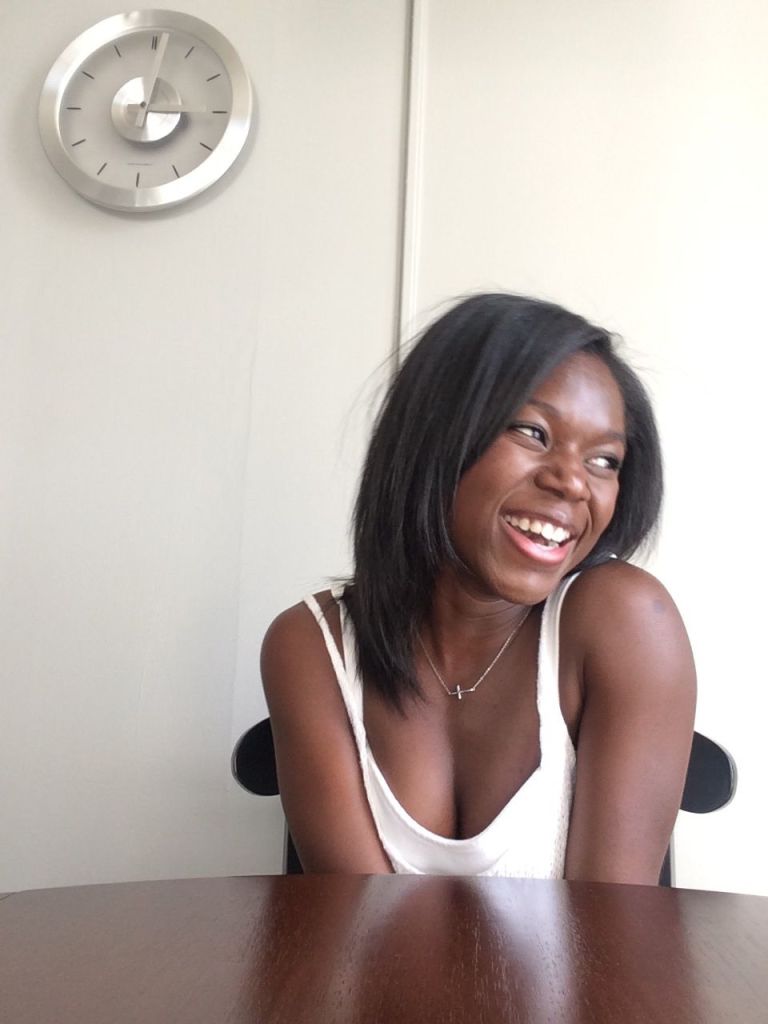 “They said I had ‘unexplained shortness of breath…'”

I was always really healthy — I was a competitive distance runner — until one day, on my way to work, an intense pain in my abdomen took my breath away. It was intermittent for several days, then went away. But the next month it was back, and the month after that. I realized it was timed to my period. My gynecologist’s response: ‘I don’t see how this could possibly be related to your period.’ The pain became constant, though, and sex hurt too. I decided to get a second opinion.

The new gynecologist said it could be endometriosis. I had laparoscopic surgery — during which a gynecological oncologist (not an endo specialist) burned an endo specimen off my diaphragm then said, ‘everything looks good’ — but afterward, my health plummeted: I got out of breath just walking around my apartment. I felt tired constantly. A pulmonologist ran a ton of tests, including one where you wear an oxygen sensor and walk for six minutes — I could only make it three! The doctor called it ‘unexplained shortness of breath.’ What kind of diagnosis is that?

I saw two cardiothoracic surgeons, pushing them to consider endo, but both said it didn’t make sense to do another surgery. All my doctors were saying, ‘thoracic endo is so rare, it’s not worth exploring.’ I thought, What right do I have to push if they’re telling me there’s no way?

Eventually pain in my stomach sent me to an urgent care center. That’s when I started looking for someone who knew thoracic endo. I went to the Center for Endometriosis Care in Atlanta, and the specialist there found the disease everywhere: on my bladder, my colon, all over my pelvis, my diaphragm. My symptom profile was unique, yes, but how is it that no one — five, six, eight different doctors — believed my pain could be from endometriosis?

This article was originally published as “…But Actually I Had Endo” in the September 2016 issue of Cosmopolitan.